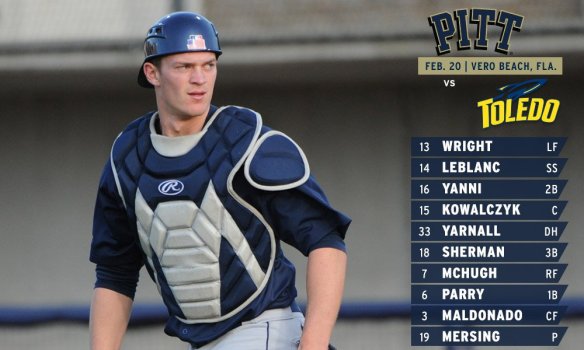 Our nephew Alex, my brother John and his wife Lisa’s son, has been into baseball from probably before he was born. Lisa’s father was in the minor league playing for the Cleveland Indians in the 50’s and Alex seems to have gotten his talent from Lynwood.

Here is a little background from his mom Lisa: “Alex started playing t-ball at age 6 ish.  Little league starts with coach pitch and as they get a little older they move to kid pitch. By age 10 they start pitching. Little league coaches move kids around in positions to see what they like. Alex played on travel baseball teams beginning age 12. One year the team was having problems with kids stealing bases so a parent suggested they put Alex behind the plate and he’s been there ever since.”

For the past two years while Alex has been attending University of Pittsburgh H2P he has been their catcher as well as a pretty good bat for them. With great joy our family has listened, followed Gametracker and on occasion watched the team as they have had their wins and their losses.  May 21st was their last game for the season and it was cancelled in the 4th due to rain.

My sister Linda and I have emailed back and forth during the past two seasons plus the summer when Alex played with the Summer Collegiate Baseball League for Morehead City Marlins in North Carolina.  We have found a different kind of friendship and sibling relationship through these past two years.  A few days after the final game it was nearing Linda and David’s anniversary.  I sent them the following email:

are you suffering with BB withdrawal..

do you feel lonely

do you yearn to yell at anyone wearing a dark navy outfit, thinking they are an ump

yes, I know the feeling, Sunday was unbearable without baseball!

This coming week our Alex will have his name in the MLB Draft 2016…we watch with anticipation to see if his talents and hard work are rewarded.  Our thoughts are with him and John and Lisa now.  Whatever happens we know he has put all his energy and love for the game into his playing.  Can’t ask for more from any young man or woman. Alex, keep swinging! 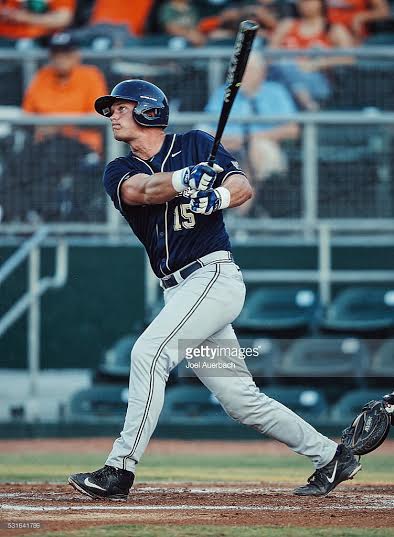 Processed with VSCO with acg preset